We were part of the toughest bycycle race in the world – the Race Across America – and followed 8 racers through the whole continent. As a result we produced 4 short episodes, a 15 minutes long documentary and many stunning photographies.

Opener used for the episodes. 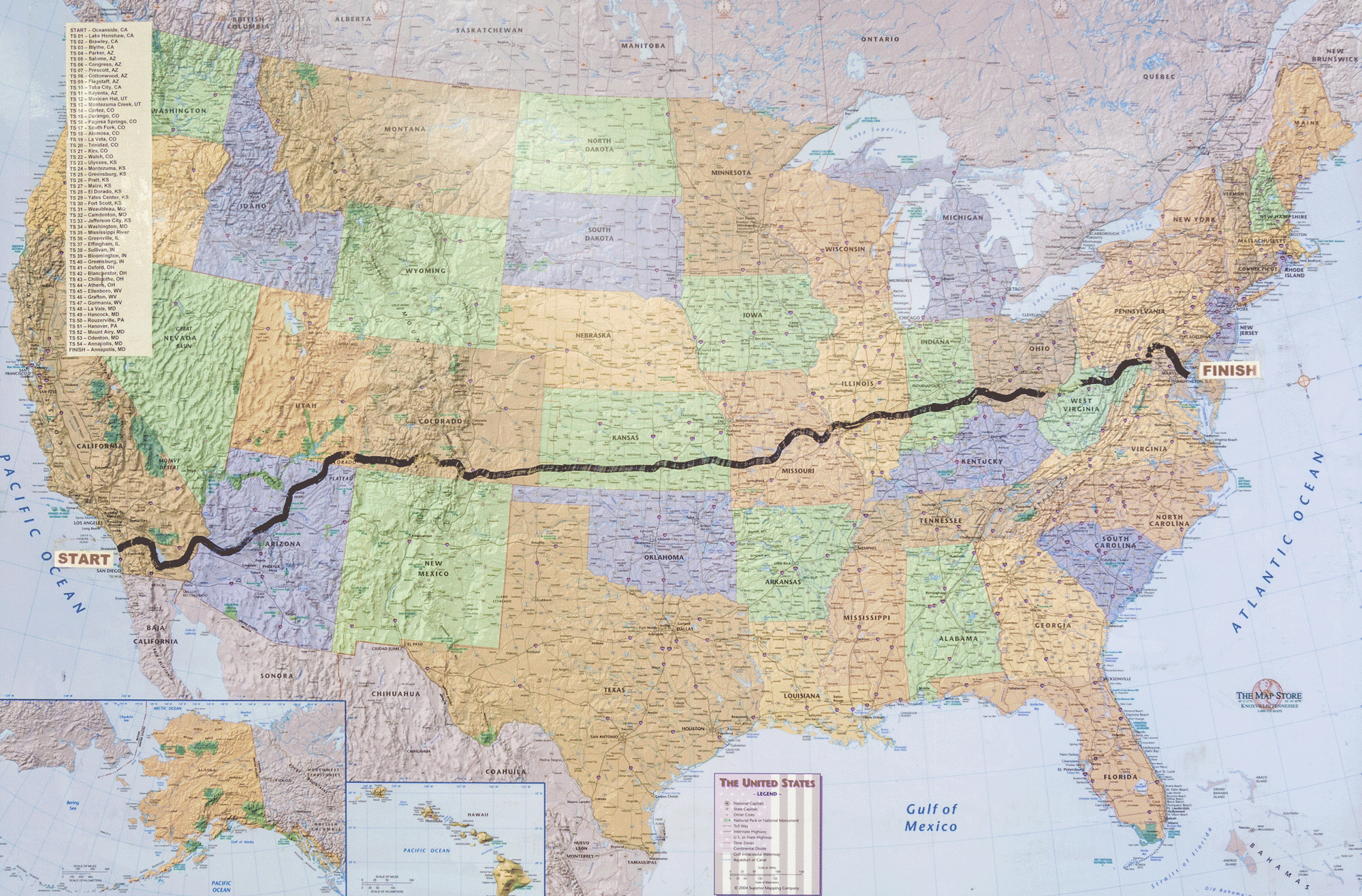 All design elements follow a simple clear design. Clear bold font is used to make important information stand out from the rest. The route path is used in an abstract form as design element that also functions as a helpful information graphic.